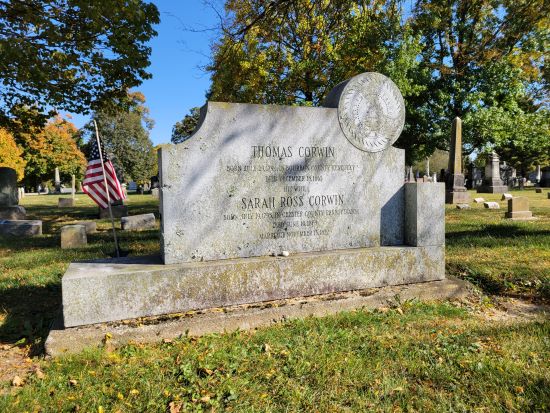 Veterans Who Made an Impact- Thomas Corwin- By Desiree Roose

If you live in the Lebanon Ohio vicinity, then you have probably heard of the Corwin Family. Thomas Corwin was a Veteran, Ohio Governor, US Senator, and Presidential Cabinet Secretary. Originally born in Kentucky, his family moved to Lebanon in 1798. He served in the War of 1812 as a wagon boy under General William Henry Harrison. After the war, he studied law and had a practice in Lebanon. He was also the Prosecuting Attorney of Warren County. He is best remembered as a great orator and was known as the “terror of the house”. He was Ohio’s 15th Governor and was appointed by President Fillmore as the United States Secretary of Treasury. He passed at the age of 71 and is buried at Lebanon Cemetery in Lebanon Ohio next to his wife and several of his children. His parents are buried at the original Pioneer Cemetery in Lebanon.