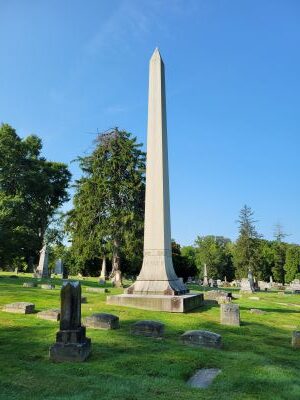 Veterans Who Made an Impact- General James W. Denver- By Desiree Roose

General James W. Denver was born in Virginia in 1817. He moved to Ohio with his parents in 1830 and they settled in Wilmington Ohio. He graduated from the University of Cincinnati with his law degree. During the Mexican–American War, he recruited a company for the 12th U.S. Volunteer Infantry and was commissioned a captain. He was elected to the California State Senate and was later appointed as Secretary of State of California. In 1854, he was elected to the United States Congress as representative from California. In 1857, President James Buchanan appointed him as Commissioner of Indian Affairs. That year, he was also appointed by Buchanan as Secretary of the Kansas Territory and Territorial Governor. During this time the city of Denver Colorado was platted and named after him.

After the start of the Civil War in early 1861, President Lincoln commissioned Denver a brigadier general in the volunteer army. That same year, he was ordered to report to Fort Scott in Kansas and he assumed command of all Federal troops in Kansas.. He resigned from the Army in 1863 and began to practice law again in Washington D.C and Wilmington, Ohio. He died in 1892 and was laid to rest at Historic Sugar Grove Cemetery in Wilmington, Ohio. Many of the locals know him from the General Denver Hotel, which is a local restaurant named after him.