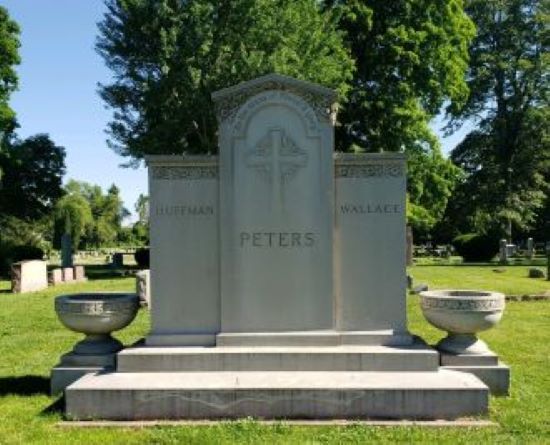 Veterans Who Made an Impact- Gershom Peters by Desiree Roose

Gershom Peters was born near Circleville in 1843. He joined the Army during the Civil War and was discharged when he contracted tuberculosis. He attended Denison University and then Rochester Theological Seminary. He married Mary King who was originally from Xenia, and he joined the King Powder Company as vice president where he invented a cartridge-loading machine that made possible the sale of automatic machine-loaded shells. He went on to establish the Peters Cartridge Company in 1887 where he worked to also improve the company owned town of Kings Mills. When he passed in 1919, he had over three dozen patents and had made quite an impact on the world of firearms. He was laid to rest in Xenia’s Woodland Cemetery and Mausoleum, Xenia, Ohio. Today the Cartridge Company still stands in Kings Mills, Ohio as an upscale living complex and is also home of the Cartridge Brewing Company.