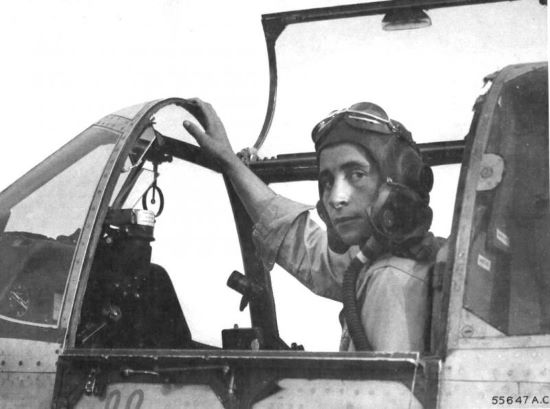 Veterans Who Made an Impact-John Voll- By Desiree Roose

John Voll was born in 1922 in Cincinnati, Ohio. He graduated from Goshen High school and then from Miami University. Voll enlisted in the Air Corps Reserve in 1942 and began Aviation Cadet training in 1943. He graduated from pilot training on January 7, 1944. During World War II, he joined the 308th Fighter Squadron of 31st Fighter Group in May of 1944. His first mission was a bomber escort over Italy. He was on several escort missions and engaged in many air battles. After World War II, Voll returned to Goshen and became a high school science teacher. He was recalled to active duty in 1948 during the Cold War where he flew several different planes. He was also instrumental in the Vietnam War as Chief of the Plans Division. He served in the military until his retirement in 1974. When John left the military, he was the highest-scoring Ace of the 15th U.S. Army Air Force in the Mediterranean theater of World War II. As a Captain flying a P-51 Mustang fighter plane, he was credited with twenty-one aerial victories. He ranked second among Ohio’s Army Air Force aces. His numerous awards include Air Medal with 11 oak leaf clusters (2 silver, 1 bronze), Air Medal with 13 oak leaf clusters (2 silver, 3 bronze), American Campaign Medal, Distinguished Flying Cross with 1 oak leaf cluster, Distinguished Service Cross, Silver Star with 1 oak leaf cluster, World War II Victory Medal, and European-African-Middle Eastern Campaign Medal with 4 bronze stars. John and his wife Joan retired to Massachusetts where he is buried at the Massachusetts Veterans Administration National Cemetery. He passed away in 1987 at the age of 65. To learn more about John and his missions, click the link https://www.americanairmuseum.com/person/241724. Photo was taken from the American Air Museum in Britain.