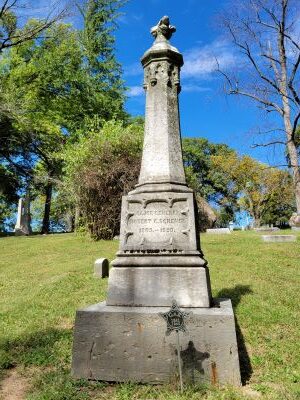 Veterans Who Made an Impact- Robert Cummings Schenck by Desiree Roose

Robert Cummings Schenck was born in Franklin Ohio and graduated from Miami University where he was also a professor. He practiced law in Dayton and was a member of the Ohio State House of Representatives. He also served in Congress for ten years. When the Civil War broke out, he volunteered to serve in the Union Army, where President Lincoln commissioned him a Brigadier General in command of the 1st Ohio Infantry. He was wounded in the Second Battle of Bull Run and was permanently injured. He resigned in 1863 and continued to serve in Congress until 1871. He passed away at the age of 80 in Washington D.C. where he was practicing law. He is buried at Woodland Cemetery in Dayton, Ohio alongside his wife.