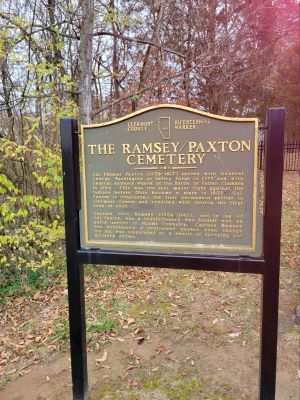 Veterans Who Made an Impact-Thomas Paxton- By Desiree Roose

Colonel Thomas Paxton was born in Pennsylvania in 1739 son of Irish immigrants. He joined the Revolutionary war and served with General George Washington at Valley Forge and with General Anthony Wayne at the Battle of Fallen Timbers. After the war he settled in Ohio and is considered the first permanent settler in Clermont County, building the first log cabin and planting the first crop of corn. He settled the town of Paxton, now Loveland. The town was renamed Loveland after James Loveland who married Paxton’s granddaughter. John passed away in 1813 and is buried on the White Pillars Homestead which was established by daughter and her husband.