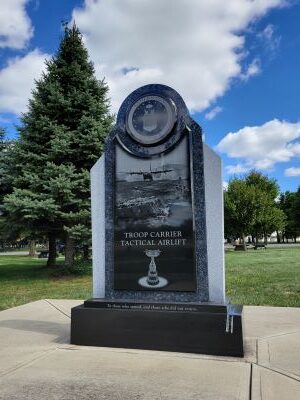 Veterans Who Made an Impact-Troop Carriers- By Desiree Roose

Since 1942, Troop Carriers were responsible for air transport of parachute troops, airborne infantry, glider units, and for conducting local air transportation within the theaters of operations, including providing air transport to air and ground combat units and evacuation of casualties from forward areas. They played a vital role in many wars. The Troop Carrier Tactical Airlift monument at the National Museum of the U.S. Air Force is dedicated to all those carriers. Dodds is proud to have partnered with them on this tribute!