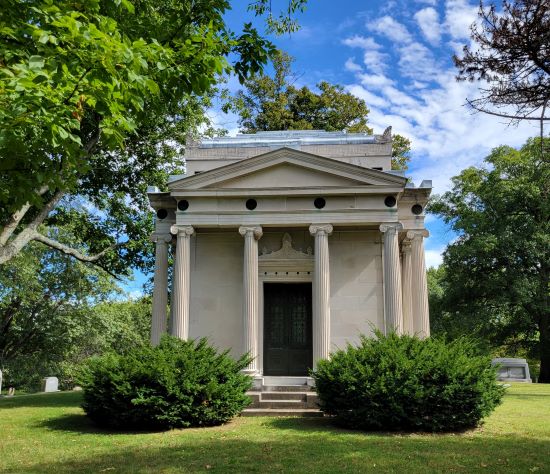 Veterans Who Made and Impact- Colonel Edward Deeds by Desiree Roose

Colonel Edward Deeds was born in Granville Ohio in 1847 and is known as an inventor, engineer, and industrialist. After graduating from Denison University, he relocated to Dayton, Ohio. He became chief engineer of the Thresher Company which was in the same building as the National Cash Register Company. After several months of working at Thresher, he was offered a position at NCR and worked there until he left to build the Shredded Wheat factory. In 1903 he returned to NCR, where he hired Charles Kettering, who became a lifelong friend, and together they revolutionized the register business. Eventually, Deeds and Kettering formed the Dayton Engineering Laboratories Company, where they formulated original units of electric starters and ignition sets for automobiles. He founded the Dayton-Wright Airplane Company with Orville Wright, H. E. Talbott, and Kettering. Deeds was appointed Chief of Aircraft Production in Washington D.C. The Delco plant in Moraine, Ohio was expanded to manufacture the DeHavilland DH.4 bomber, the only American-built airplane to see action in World War I. More than 3,000 were built in Moraine. In 1917, he joined the United States Army with the rank of colonel, taking the responsibility for military aircraft procurement at McCook Field, a precursor to Wright-Patterson Air Force Base. After the war, he returned to Delco and in 1931 returned to NCR and served as President until 1940 and chairman until his retirement in 1957. During the 1940s, Deeds opened residential cabins to house the WAVES (Women Accepted for Voluntary Emergency Service). These women worked in a joint top-secret World War II code-breaking project for the US Navy and NCR.

Throughout his years as a citizen of Dayton, he was active in starting many groups and organizations, that are still in existence today. He was an amateur astronomer and built his house in South Dayton where he had an observatory that housed a 7” refractor telescope. His house also was the first house in the United States to have a private airship.

Deeds passed away at his farm in 1960 and is buried at Woodland Cemetery and Arboretum in Dayton. The Carillon tower, at Carillon Park, is referred to as The Deeds Carillon tower. It was built in 1942 and funded by his wife Edith Walton Deeds. The tower was designed to commemorate the Deeds family. each of the original 23 bells is inscribed with the name of a family member, with the “silent” bells bearing the names of deceased family members and ringing bells cast with the names of family members then living.