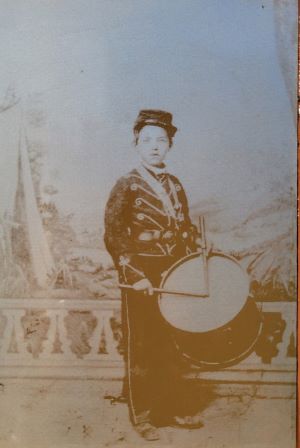 Veterans Who Made an Impact- Gilbert Van Zandt – By Desiree Roose

Gilbert Van Zandt might not have fought like most other men during the Civil War, but the drummer boy was the youngest listed member of the Civil War. He was born December 20, 1851, in the small town of Port William, Ohio just outside of Wilmington in Clinton County. He joined the ranks of Company D, 79th Ohio Volunteer Infantry at the age of 10. He began his military carrier as a drummer boy and later became a courier for his regiment. Gilbert saw action in the battles for Atlanta, Sherman’s March to the Sea, and the Carolina Campaign. He was discharged from service at the age of thirteen as a seasoned veteran. He passed away at the age of 92 in Kansas City.